Recent years have seen a rise in the interest in pharmaceutical research into the use of peptides and polypeptides to treat diseases. Peptide-based drugs have been noted to be safer and cheaper to produce. Moreover, they are considered a possible promising candidate to replace antibiotics.

In this mini-series, we talk to several specialists researching peptide therapeutics and learn about the advances they have made in their field.

ThermoFisher is inviting you to join their Jump Start for Biotech New Lab Program. This is an exclusive, new lab partnership program designed specifically to help you achieve your research and commercialisation goals. Join today and ThermoFisher will partner with you through all aspects of starting a new lab to help you maximise and realise your new lab potential. Click below to learn more.

Join our speakers for discussions

and Q&A about their latest research and discoveries 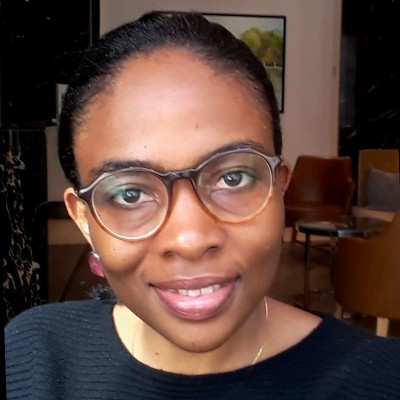 Bacteria continually develop antibiotic resistance, this can be made worse by the development of biofilms whereby bacteria form sessile aggregates, making clinical treatment more difficult. Thus, it is important to continue seeking alternative and or complementary antimicrobial strategies.

Dendrons are nanostructured hyperbranched peptide compounds, they have a core and multiple branching connections with versatile reactive terminals. These compounds have multiple applications cutting across cancer research, cell culture, and more recently antimicrobials.

We can modify their chemistry to suit the needs of different applications. This study focused on the synthesis of dendrons that could bind bacteriophage DNA as a first step towards the design of a dual-action antimicrobial against bacterial biofilms.

Dendrons and bacteriophages (viruses that specifically target and kill bacteria) have already shown the ability to reduce and prevent the formation of biofilms. However, bacteriophages need to first be isolated, and can have storage and reisolating limitations. This study has focused on analysing the ability of the synthesised dendron, which was previously shown to be able to penetrate bacterial cells, to condense bacteriophage DNA. Additionally for the DNA to retain replicative and antibacterial ability within the bacterial cells. We show that there is potential for dendrons to be applied in DNA delivery and or as antimicrobials.

Orode Aniejurengho is an associate lecturer of Science at The Open University. During and after her PhD, Orode’s research interests focused on the development of diverse peptide-based compounds for applications in tissue engineering, oncology and as antimicrobials.

BioSAXS – A Method To Accelerate And De-risk Antimicrobial Drug Development 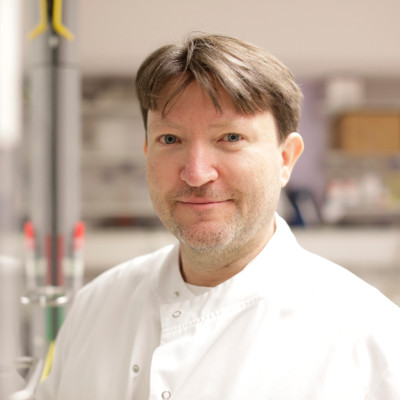 Antimicrobial resistance is a worldwide threat to modern health care. Low-profit margin and high risk of cross-resistance resulted in a loss of interest in big pharma, contributing to the increasing threat. Strategies to address the problem are starting to emerge. Novel antimicrobial compounds with novel modes of action are especially valued because they have a lower risk of cross-resistance. Up to now determining the mode of action has been very time and resource-consuming and will be performed once drug candidates were already progressed in preclinical development. BioSAXS is emerging as a new method to test up to thousands of compounds to classify them into groups based on ultra-structural changes that correlate to their modes of action.

First experiments in E. coli (gram-negative) have demonstrated that using conventional and experimental antimicrobials a classification of compounds according to their mode of action was possible. Results were backed up by transmission electron microscopy. Further work showed that also gram-positive bacteria (Staphylococcus aureus) can be used and the effects of novel antimicrobial peptides on both types of bacteria were studied. Preliminary experiments also show that BioSAXS can be used to classify antifungal drugs, demonstrated on Candida albicans. In summary, BioSAXS can accelerate and enrich the discovery of antimicrobial compounds from screening projects with a novel mode of action and hence de-risk the development of urgently needed antimicrobial drugs.

Dr Hilpert has 25 years of experience in the synthesis of peptide libraries, their screening, and consequent optimization of peptides. He trained with world-leading experts including Bob Hancock (leader in antimicrobial peptides), Frank Breitling (high-density peptide libraries) and Jens Schneider-Mergener (peptide libraries on cellulose).

Since 2003 Dr Hilpert has investigated the design and optimization of short antimicrobial peptides (9-13mers). He has published on this in high-impact journals including Nature Biotechnology, Nature Protocols, Biomaterials, and ACS Chemical Biology. Later, he showed that tethered AMPs can be used to protect implants from bacterial infections; his publications (Chem. Biol. and Biomaterials) are stimulating developments that make up a research field on their own.

Dr Hilpert works closely with the industry and has been director of a university spin-out company, TiKa Diagnostics Ltd for the last eight years. The company exploits synthetic peptides developed in his laboratory. Dr Hilpert was the first researcher to apply peptide libraries synthesized on cellulose membranes to investigate antimicrobial peptides (AMPs). He and his team have now synthesised and screened more than 10,000 antimicrobial peptides and are now moving the best candidates forward into preclinical development. They have focused on multidrug-resistant bacteria, mainly Pseudomonas aeruginosa, Staphylococcus aureus, Enterococci, E. coli and Mycobacterium tuberculosis.

Dr Hilpert has co-organised the International Meeting on Antimicrobial Peptides (IMAP) in London (twice), Leipzig and Graz. In 2016 this also served as a satellite meeting of the European Peptide Symposium (EPS) in Leipzig. In addition, he is co-author of the article Alternatives to antibiotics - a pipeline portfolio review. Published in Lancet Infectious Diseases, the article won the Elsevier Atlas Award. 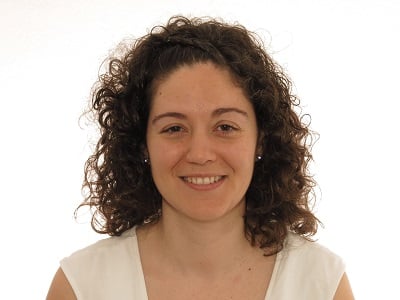 Hypertension is considered one of the most important public health problems in our society. The treatment of this pathology is based on lifestyle modifications and pharmacology treatment. However, for those patients developing hypertension, whose blood pressure is not high enough to warrant pharmacology treatment, the use nutraceuticals or functional foods with antihypertensive properties have attracted considerable interest. These antihypertensive natural agents could be a good strategy to avoid the development of hypertension. One of the most important bioactive compounds obtained from dietary sources are the bioactive peptides.

The results of this research open the doors to the use of the antihypertensive hydrolysate and its derived peptides in nutraceuticals or functional foods for the control and prevention of hypertension. At the same time, the valorization of chicken feet allows for obtaining value-added products and making slaughterhouses more environmentally friendly.

Dr Francisca Isabel Bravo holds a Bachelor’s degree in Biological Sciences (Universidad de Extremadura), and a PhD in Food Science and Technology (Universidad Autónoma de Madrid). In 2019, she got a position of Serra Húnter Tenure at the Department of Biochemistry and Biotechnology in the Universitat Rovira i Virgili (URV). In addition, she is a researcher in the Nutrigenomics Research Group. Her scientific career has been developed in different national and international research centers, such as the 'Instituto de Fermentaciones Industriales' (IFI, CSIC), 'Instituto de Ciencias de la Alimentación' (CIAL, CSIC-UAM), ‘Centre Tecnològic de Nutrició i Salut’ (CTNS), 'Universidad Complutense de Madrid' or APC Microbiome Ireland (University College Cork).

During her predoctoral period, she got a great knowledge of protein structure and how their physico-chemical and biological functionalities can be changed using high hydrostatic pressures. Currently, her main research line focuses on the development of new functional ingredients based mainly on bioactive peptides, able to prevent several diseases associated with metabolic syndrome. In fact, she has stablished and runs a screening platform for the development and validation of these functional ingredients. Some of the steps of this platform are the characterization and evaluation of possible raw materials, the obtainment of bioactive peptides, the evaluation of biological activities (in vitro and in vivo), the identification of the compounds responsible for the bioactivities, and the study of the underlying mechanisms of action. Moreover, she also works in chrononutrition, evaluating the changes in the functional ingredients effectiveness or bioavailability depending on seasonal and circadian rhythms. Dr. Bravo has an h-index of 18 and has published 51 peer-review publications with over 795 citations and 3 book chapters. Moreover, have development 7 functional ingredients, which have been already patented. 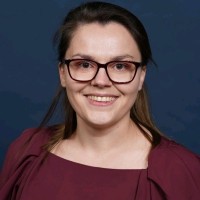 The Institute of Cancer Therapeutics, University of Bradford (ICT), is focused on targeted delivery of chemotherapeutics, and tumour-specific prodrugs in particular. Our research focuses on the transformation of potent cytotoxic agents to inactive peptide-conjugates that undergo selective activation within the tumour microenvironment. We are currently interested in matrix metalloproteinases (MMPs), a family of endopeptidases, and other endoproteases that have been shown to be overexpressed in multiple tumour types. We utilise both solution and solid phase chemistry to synthesise peptide-based therapeutics with potent but selective cytotoxicity in vivo. Prior to in vivo evaluation, all compounds are first assessed for in vitro cytotoxicity, successful cleavage in tumour tissue and stability in normal tissues (liver, kidney, lung) and plasma ex vivo.

The group, led by Prof Robert Falconer, has a particular interest in osteosarcoma, and in developing kinder treatments for this deadly disease that mainly affects children and young adults. Funded by the Bone Cancer Research Trust (BCRT) through a PhD studentship (2018-22), and a project grant (2023-26), our aim is to achieve preclinical proof-of-concept for an MMP-activated tumour-targeted prodrug of methotrexate (MTX). MTX is widely used in the treatment of OS despite the many adverse side effects associated with its administration. We will evaluate our lead molecules in clinically-relevant orthotopic models of the disease in collaboration with Prof Allie Gartland (University of Sheffield)

Originally from Liverpool, Hannah moved to Bradford 10 years ago to study her BSc in Clinical Sciences shortly followed by her MSc in Biomedical Sciences. She then worked as a Research Assistant with Dr Rianne Lord for 6 months working on vanadium acetyl acetone complexes for use in colon cancer and then with Dr Clare Towse for 3 months working on the synthesis of modified amyloid peptides to investigate their activity in Alzheimer’s Disease progression.

She began her PhD studies to develop an MMP-activated methotrexate prodrug for osteosarcoma in the ICT in October 2018 under the supervision of Prof Robert Falconer, Prof Paul Loadman and Dr Steve Shnyder, which she has recently completed. Over the next 3 years in her new Post-Doctoral role, Hannah will be building on the research from her PhD to identify a lead-optimised methotrexate prodrug.